Steve Forbert - Better Back Then 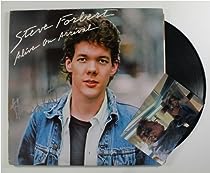 Even though the sleeve of the album Jackrabbit Slim (1979) states that "Romeo's Tune" is "dedicated to the memory of Florence Ballard," the song is not really about the Supremes singer who died in 1976.


The song was actually written about a girl from Forbert's home town of Meridian, Mississippi, but was dedicated to Ballard because, as Forbert explains, "That seemed like such bad news to me and such sad news. She wasn't really taken care of by the music business, which is not a new story."